An interactive investigation into conspiracy and madness!

There are two worlds – the world that exists in the sunlight, and the twilight world.

Get to the bottom of a conspiracy that until now hasn’t even existed!

The Black Dossier is a one-person improved shows where the performer will take random suggestions from the audience and from them construct an earth-shaking conspiracy that may make you gasp, but should make you laugh! 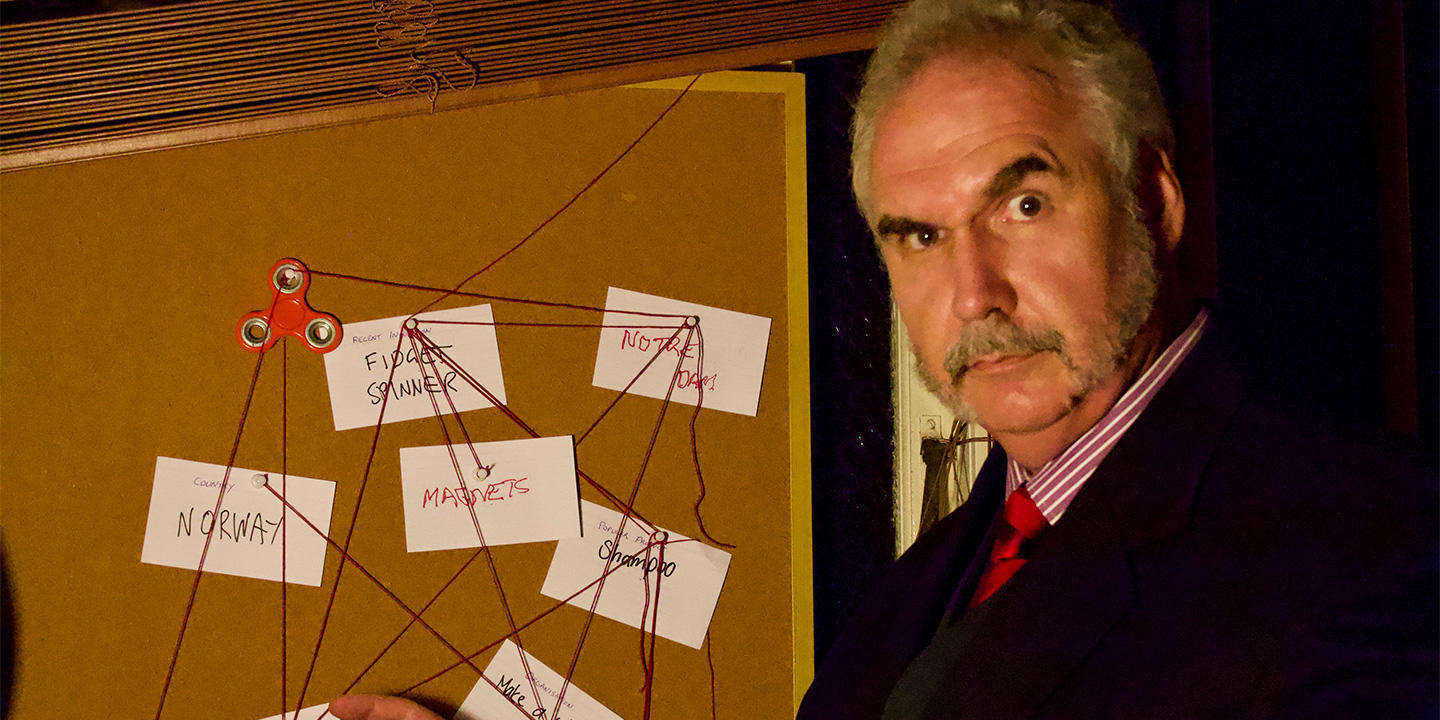